As an artist, you probably have heard the term “writer’s block” before. Even if you aren’t an artist, I have a feeling that you are quite familiar with the term! But is it a real thing? Has anyone ever questioned this concept? Probably but I thought we would journey today and break the concept down a bit. If anyone knows me, they know I love to discuss topics I have learned not just from life experience, but also through my scholarly studies of communication. There is a renowned philosopher by the name of John Dewey, who taught us some fundamental theories on how we think as humans. He distinguishes the basic functions of thinking, which we take for granted, and thinking well. Dewey talks about how we can channel our thoughts into productive cognitive flow mastering the art of communication. He makes some valid points about the abundance of information, almost clogging our mental capacity to organize and gain knowledge about a particular subject. Dewey breaks down the art of thinking into four categories. Although, the one that I feel is relative to writer’s block involves the reflective nature of our thoughts.

Reflection is not just being able to think in a sequence, but is a consequence. Not to make your head spin more, but think about it (if we weren’t already in a vortex of thoughts). When we reflectively think in Dewey’s terms, there is a consecutive order that determines the next as its proper outcome. Essentially the thoughts grow on top of each other and organically support one another, as they do not come and go incongruently. This directly affects the origin of our beliefs, stemming to the growth of our action and what we inevitably are capable of creating in our reality. When we get writer’s block, it isn’t just the inability to put words together. It is the inability to reflect upon our thoughts and consequently bring a succession of ideas into fruition. I would also argue that on these days, your communication style with yourself might be riddled with an identity crisis. Some of you are saying, no way – an identity crisis? But really think about it. Think about the days where you just don’t know what is up or down, what you are doing, or what the outcome will be in a situation. Language merely expresses thought, in the way that pipe conducts water – our capacity to form consecutive flow of thoughts is built sturdily upon our first idea. When we have writer’s block, first look at your reflective process, as you are probably conducting your thoughts as one of the other three types Dewey describes. Some are more juvenile in process, which leads you to have that “block”.

What is my true advice in this situation? Take some time to really be able to reflective create a mental process and also unburden your emotions. When you can sit down, and be unencumbered by trivial wanderings, look at your identity, your actions and trace it back to your thoughts. Meditate even if it’s for five minutes, and let go of anything that is unnecessary to you in this time. Put on an instrumental that has already been used and just freestyle – see where your mind is at and how you can express your ideas through language. Just be able to move the stagnant energy and then return to something you are working on. Understand that everything builds upon your reflective thought and ideas will pile up soon enough for you to reach that space of creativity. Just remember that everything you need is within you, belief is half of the battle. As Dewey concurs, belief is important as it portends the ability to reflectively think and produce language into our reality. Go produce your best work, believing in your ability to pull rhetoric from life and understand your creative identity! Just my own opinions, but if you guys want to discuss further…email us! We love a good conversation! Happy Sunday! 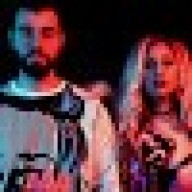